In his book, “Into the Abyss of Suffering,” Kenneth Overberg quotes Mark 1:40-42: 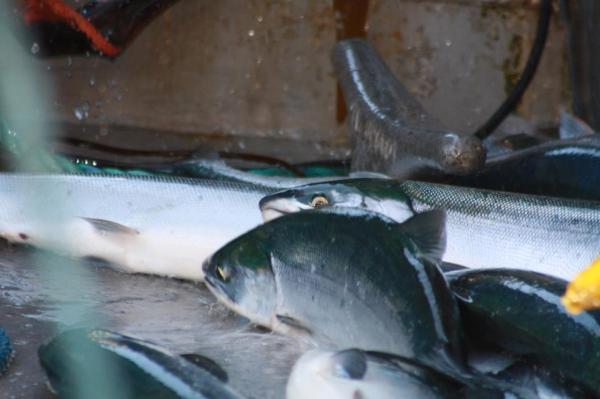 A leper came to him and kneeling down begged him, “If you wish, you can make me clean.” Moved with pity, he stretched out his hand, touched him, and said to him, “I do will it. Be made clean.” The leprosy left him immediately, and he was made clean.

Kenneth Overberg then states, “With a simple but profound touch, Jesus breaks down barriers, challenges customs, and laws that alienate, and embodies his convictions about the inclusive meaning of the reign of God.” [i]

On page 79, Kenneth Overberg mentions the Hymn of Colossians 1:

He is the image of the invisible God, the firstborn of all creation. In him were created all things in heaven and on earth, the visible and the invisible, whether thrones or dominions, principalities or powers; all things were created through him and for him. He is before all things, and in him, all things hold together.

He is the head of the body, the church. He is the beginning, the firstborn from the dead, that in all things he himself might be preeminent. In him all the fullness was pleased to dwell and through him to reconcile all things for him.”

The point of discussion in the book is whether the Jewish concept of redemption is central to Gospel and/or Epistle. In the Gospel, at least in the New American Translation, “Redemption occurs 11 times, Ransom, 9 times, and Expiation 4 times.

Therefore, we must conclude that the almost total absence of the words for redemption, ransom, and expiation in the Gospels and Epistles means that although the writers were aware of these ideas, they were not central to their Christology.

We notice that in his letter to the Colossians, which has the hymn in question, we also find mention of Mark, the cousin of Barnabas, the son of the prophet, the writer of the Gospel of St. Mark. St. Mark had in his earlier days traveled with St. Paul. Still, the vocabulary of the Gospel of St. Mark makes clear, how his greatest influence was St. Matthew, not St. Paul. St. Luke, in his writing makes his influence by St. Paul clear.

At once, the Spirit drove him out into the desert, and he remained in the desert for forty days, tempted by Satan. He was among wild beasts, (in Aramaic Chai, or living things) and the angels (In Aramaic Melechim, which means messengers) ministered to him. Forty days could be interpreted as forty years, one day for each year of Jesus’ life. The star of St. Matthew’s nativity, is thought be a constellation of planets which occurred around 7 B.C.

If Jesus’ crucifixion was April 1, 33, when there was a lunar eclipse, and which was Passover and Good Friday, Jesus was 40 years old. The messengers would then refer to the twelve apostles. Their ministry was walking with him during his travels of healing. St. Luke states Jesus was 30 during the Passion, so he has a different thesis statement.

With this in mind, a close reading is important to find out how the temptation leads up to the thesis statement for the work. St. Mark relates, “On coming up out of the water Jesus saw the heavens being torn open and the Spirit, like a dove, descending upon him.” “A voice came from the heavens, “You are my beloved Son; with you I am well pleased.”

Here, Father, Son and Holy Spirit are all present. Jesus is being baptized. The Spirit is present as the dove, and God is present as the voice. Some would argue that the reference to the heavens being torn open is not to be taken literally. With this in mind, we look at St. Paul’s conversion.

“On that journey as I drew near to Damascus, about noon a great light from the sky suddenly shone around me. I fell to the ground and heard a voice, ‘Saul, Saul, why are you persecuting me?’ I replied, ‘Who are you, sir?’ He told me, ‘I am Jesus from Nazareth whom you are persecuting.’ My companions saw the light but did not hear the voice of the one who spoke to me.” Acts 22:6-9

We notice how the sky fundamentally changes in both stories. Only Jesus and St. Paul see the light, the change in the sky, and only Jesus and St. Paul here the voice, as a voice. St. Mark relates, “You are my beloved Son; with whom I am well pleased.” Compare this with the temptation scene which states, “Then a cloud came, casting a shadow over them; then from the cloud came a voice, “This is my beloved Son. Listen of him.” God speaks to Jesus, and not to the crowd with him, including John the Baptist, at Jesus’ baptism.

St. Paul, when read in Aramaic, shows a rather dramatic similarity with near death experiences. A near-death experience is a very unique and powerful experience that people sometimes report after a near-death episode. In such an episode a person is either clinically dead, near death. People experiencing this reported two types of experiences. Most reports are pleasurable, involving feelings of love, joy, peace, and bliss.

Most say their experience changed them. Some changes happened right away, others more gradually over time. Many people who experience this need time to integrate the experience. Some people need months; others need years. We can see this in the experience of St. Paul. Before his encounter with Jesus, he persecutes the church. Afterward, he is one of the major forces promoting Christianity.

If then you were raised with Christ, seek what is above, where Christ is seated at the right hand of God. Think of what is above, not of what is on earth. You have died, and your life is hidden with Christ in God. When Christ your life appears, then you too will appear with him in importance. You have taken off the old self with its practices and have put on the new self, which is being renewed, for knowledge, in the image of its creator. Colossians 3:9-10

He is the image of the invisible God, the firstborn of all creation. In him were created all things in heaven and on earth, the visible and the invisible, whether thrones or dominions, principalities or powers; all things were created through him and for him. He is before all things, and in him, all things hold together.

This person, the image of the invisible God, the firstborn of all creation, is the person who undergoes baptism at the hands of John the baptist, and in the process faces real death. He is both part of the Trinity, coming before all of creation, and truly man, able to experience real death. Jesus is the leader, undergoing the test first, himself, so that we might follow, walking through the valley of the shadow of death, Psalm 23, Luke 1:79 He does not lead us to death, but through death and into new life, a life where, having experienced death itself, we are able to see the suffering of others.

This is why the short ending of St. Mark is the original ending.

The young man told them, “Do not be amazed! You seek Jesus of Nazareth, the crucified. He has been raised; he is not here. Behold the place where they laid him. Go and tell his disciples and Peter, ‘He is going before you to Galilee; there you will see him, as he told you.” They went out and fled the tomb, seized with trembling and bewilderment. They said nothing to anyone, for they were afraid.

Of course, if they told nobody and this is the end of the story, how do we know the story? We died with Christ and rose with Christ. We were physically present when Christ died. That is how we know. Now we put on the new person, having undergone the near death experience ourselves. Now, we know what it is like to die, to suffer, as others suffer. Knowing that suffering, God charges us, as individuals, and as a Christian community, to bring our rising to others. That is what St. Paul is all about, and that is what the Gospels are all about.

[i] Into the Abyss of Suffering, Kenneth R. Overberg, p 37