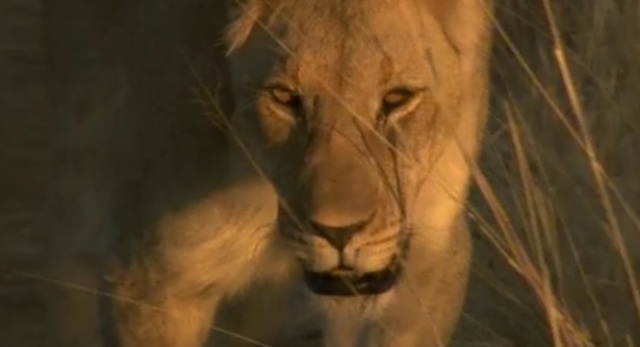 I was once a young man, sitting quietly with my wife, my teenage boy, and my little girl of the same age. Soldiers came to our home, banging on the door, and demanding we open. The door sprang open; the soldiers entered, grabbed us, and took us to see some man in a dress. He accused us of treason as we refused to give our head of state due respect, bowing to him, and pledging only him allegiance.

They took us downtown, to the coliseum, and forced us to enter the hallowed halls. It was dark inside as we walked through dimly lit corridors. The soldiers and the dogs knew the way; they had an advantage. As we walked, we could hear the howling of lions and the gnarling of bears. Overhead, we heard the roar of the great crowd. Finally, we got to a huge garage type door. The solders forced my wife, my children, some twenty or thirty others church members they had also gathered and myself, to disrobe. It was hard to disrobe in the dark, especially with all of these other people present. The task completed, the garage door rose, and there was a blinding light.

The dogs and the soldiers forced us to enter the light and then disappeared into the darkness. The door closed. There we stood, naked to the world. The lions pranced around us, telling us in their own tongue how much they were ready for their meal. I kept asking myself why we were doing this as one lion put his eye upon me. Was I doing this because I believed in a man, a Jew, God I disdain Jews, who died for treason a couple of hundred years ago?

The lion yelled as I cocked my head. There was nothing else to do. I could see another lion, as he grabbed my charming wife by the neck. Blood splattered from her as the lion picked her up and gave her a shake. My lion reared up, ran its gargantuan paw down my side, tear flesh with every inch. Her massive mouth filled my view; I saw nothing but tonsils, mouth and teeth. Her head moved to the right and I felt this massive jolt of pain as her head pushed mine to the left, and her teeth crashed into my clavicular joint. The warmth of blood, my life poured down my side.

Was I doing this because Marcion was right, Jesus was just some ghost and did not really die at all? I hope I am undergoing this ordeal for something other than a phantasm. I could feel my body as it became colder, and the lights began to grow dim. Was it the Donatists who said such things? The lion twisted my body and I could see a lion as it chewed upon the chest of my darling little girl. I hurt so bad; both my wife and my daughter were giving up their life, and all because of my faith in this Jesus, this Jew, from so long ago. Was I better than my daughter, or she better than me, because I am older, she younger, me male, she female?

My lion twisted his massive neck in a new direction and I could feel my arms as they dangled at my side, twitching with each twist of his neck. I thought, this anguish is because my Jesus is half God and half man, like the Nephilim of Genesis 6. They all died in a flood; I am to die because some Son of God who did not manage to take a daughter of men, like my son over there, died at the hand of my government? The lion twisted again, and I could see as a lioness lunching on the loins of my little boy. Another lay lounging with the liver of the lad I wished to be a lawyer, an expert in Latin Law.

The lion shook his massive head and I felt my feet as they moved up into the air. Maybe, I thought, there is only One God, as Jesus said in his Great Commandment. If that is the case, the One God died that fateful day. In that case, Friedrich Nietzsche was right. God has died. The mouth of a lion wraps around my neck because my God died?

The lion twisted again, shaking his massive head as I concluded, there must be another alternative; there must be some way to understand why I undergo this ordeal. Jesus must be, at the same time, all God and all Man. How can I prove this? My arms dangle and twitch with every shake of this beast, every nerve in my body sends messages my brain does not want to hear, and I am to prove this new, novel, idea.

The lion twists its massive head again, and the vertebra of my spine crushes against one another, splintering, forced to go the ways vertebra are not meant to go. In the dim light left within me, I see my wife’s lion as she pulls the insides out of her. My lion does the same to me, only I can only feel as they fall, full of blood to the ground. I then look and see a blinding light. Ahead of me ascends my son, now seeming to be whole and complete. He no longer seems to be male, but something better. Also ahead of me, higher, is my daughter, no longer female, but something better. Next to me ascends my wife, now no longer my wife, but something better. I had felt cold before, though it was the coliseum, in Italy, in Rome, in June. It should have been hot. Now it was warm, but not too warm. There was this overwhelming feeling of welcome and warmth all around me.

Then there was this party, a grand feast. Food of every kind is present. Inside this presence we felt all around, it felt like a flame, a flame which did not burn. It seemed like the flame of which I was inside danced all around as it enveloped all of us in love. Likewise, I started to flame, as did all who were around, but the flame did not consume us. It romanced us and licked us, and made us feel at home. Then I thought of my lion, and decided, “Let him enjoy his meal, as I enjoy mine.” I drank from the wine and ate the bread sitting before me.