What do today’s readings have to do with the identity of our Mother here on earth, the Holy Roman Catholic Church? The first reading tells us, “Joshua addressed all the people: “If it does not please you to serve the NAME, decide today whom you will serve, the gods your fathers served beyond the River or the gods of the Amorites in whose country you are now dwelling. As for me and my household, we will serve the NAME. The people answered, “Far be it from us to forsake the NAME for the service of other gods. It was the NAME, our God, who brought us and our fathers up out of the land of Egypt, out of a state of slavery. He performed those great miracles before our very eyes and protected us along our entire journey and among the peoples through whom we passed. Therefore we also will serve the NAME, for he is our God.” 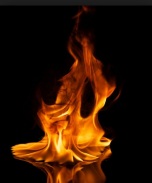 Many, in particular fundamentalists and conservatives, in pursuing their own goals and that of their politicians, read the first part of the passage and drop the last. Their church leaders put into the mouth of God, their agenda and say, “This is the word of God; we follow this; we would rather die than follow anything else.” They miss what God’s word is in this passage. It was the NAME, our God, who brought us and our fathers up out of the land of Egypt, out of a state of slavery. He performed those great miracles before our very eyes and protected us along our entire journey and among the peoples through whom we passed. Therefore we also will serve the NAME, for he is our God.”

God’s word is to remember what it was like to be in Egypt, and then, when we see others suffering, to get that knot in our gut and do something to prevent it from ever happening again. We read these words on our Statue of Liberty, “Give me your tired, your poor, Your huddled masses yearning to breathe free, the wretched refuse of your teeming shore. Send these, the homeless, tempest-tost to me, I lift my lamp beside the golden door!” Our Battle hymn of the republic has the same sentiments, “In the beauty of the lilies Christ was born across the sea, with a glory in His bosom that transfigures you and me. As He died to make men holy, let us die to make men free, while God is marching on.” In this regard, today’s first read and the sentiments of our founding fathers are really the same. In this regard, when we follow this teaching we become a Christian nation.

Jewish rhetoric has a rule called, “Call and Fruit, and Call.” This translates as, “General, and particular, and general.” The second reading for the Twenty-first Sunday in Ordinary Time uses this rhetorical flourish. I begins with a general statement, “Be subordinate to one another out of reverence for Christ.” The passage also ends with a general statement, “This is a great mystery, but I speak in reference to Christ and the church.” “You may derive only things similar to those specified.” What is similar to the general statements is the idea of church as family with Father/God, mother, the church, and the parishioners as children.

The key word in this passage is “ὑποτασσόμενοι,” and it does not mean “Obey.” It comes from two words, “ὑπο,” meaning “Under,” and “τασσόμενοι,” meaning to stand in an array, as in an army of oarsmen prepared for setting sail. Do not think in terms of the nuclear family. Think in terms of the movie, “Meet Me in St. Louis: from 1944. What is depicted is husband, wife, servants, and children. The wife, stands under her husband, with a staff in array. The husband is captain of the ship, the wife is executive officer, and everyone else is the crew. When St. Paul speaks of the children in this church family he uses a different word, generally translated as “Obey,” “ὑπακούετε.” It translates, not as “obey,” but as “listen.” When one listens, one learns from mistakes of the person speaking. It means, “Pay attention to what you hear.”

We then listen to the story, the story of the escape from Egypt/Europe/wherever we felt imprisoned in the past, and to the story of our rescue. We relive the story in present time. This is what Christ means in our Gospel reading when he speaks of eating his body and drinking his blood. It means remembering our rescue through his suffering and death in present time. Then, when we see others suffering, we see Christ in those suffering and we do something. We become family.

“He who loves his wife loves himself. Nobody hates his own flesh but rather nourishes and cherishes it, even as Christ does the church, because we are members of his body. A man shall leave his father and his mother and be joined to his wife, and the two shall become one flesh. This is a great mystery, but I speak in reference to Christ and the church.” The Greek Cappadocian fathers came up with a word to describe what St. Paul speaks of here, “Perichoresis.” It translates, “The dance.” St. Paul speaks of the great dance of living as a family. Like a flame, the parts seem to intermingle, becoming one, and sometimes separate, seeming to be multiple extensions of the base fire. Likewise, the family sometimes looks like one family, but at other times looks like its individual parts.

This is how St. Paul sees the church, all loving one another, viewing each other as parts of the one whole family, but still seeing themselves as individuals. St. Paul ends by reminding us, this is not about the nuclear family with everyone doing whatever is asked by the captain of the ship, the husband, and the husband free to do as he pleases. This is about the ideal family being the role model for the church, with all engaging in the divine dance, making like a flame, being on fire for the Father, and bringing his salvation to the world.