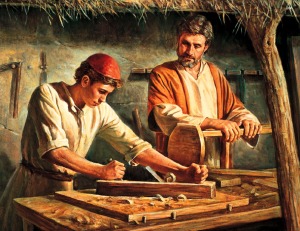 Our Gospel reading speaks to both our shortage of priests and the priest scandals of the present and past. First, it must be noted that some six and thirty years ago a Pastor Ken Denneke asked me to consider the religious vocation. This is the reason I learned to play piano and studied Philosophy in college. After completing that Bachelor-of-Arts and a year of graduate school in counseling, in preparation for seminary, the church changed its mind. Such is my life story.

As I studied group dynamics I learned a powerful but obvious point. The same football teams and for that matter the same in other sports and organizations tend to do well year after year, regardless of who the players are. Change the system structure and the powerful teams become human again. Look at our first reading. 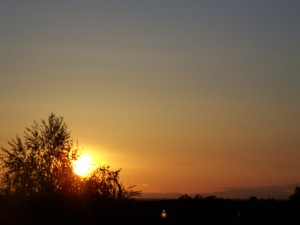 Deuteronomy 17:15 tells us, “Set over you a melech/messenger whom the NAME, your God, chooses. Someone from among your own kindred you may set over you as messenger; Do not set over you a man of distinction, who is no kin of yours.”

As best as I could find, this is the makeup of our priests. Protestant pastors are no different. Most responding ordinands (59 percent) completed college before entering the seminary. When we add the majors of Theology, Liberal Arts, Business, Science/Math and Engineering we have 75% of our college graduates.

Most of our ordinands are not coming from the wilderness and the parched among us but from those who can afford that college degree. Caucasian/European American /white ordinands are over-represented among responding ordinands, relative to their proportion of the U.S. adult Catholic population, while Hispanics/Latinos are under-represented.

Again, we have evidence that we are pulling from the middle-class, the established folk and not from the wilderness and the parched like Deuteronomy and our first reading demand.

Think of Jesus’ parable of the sower. Over half of our priests were in education before, or business executives, accountants, computers, medicine, engineering, law, or government. We try to recruit priests from the seed that fell in the weeds and wonder at our failure.

The priests who sequestered themselves in their rectories? I suspect these are the priests who burned for companionship and acted on that desire in less than appropriate ways. Catch them before they start and if we can’t do that, at least get them into the public where we can see their behavior early and get them out of the ministry before they hurt our children.

Who recruited our priests? Number one is our priests. Then comes friends, parishioners, relatives, teachers, and our catechists. We got them active in church life early. They were in the Catholic youth group, alter servers, lectors, Extraordinary ministers, and catechists. This means our priests were out and among the people. They came to coffee and doughnuts, participated in adult and youth ministries, in particular of the wilderness, the parched land, and the deserted. They attended Eucharistic adoration, prayed the rosary, probably with a priest, and attended Bible studies, which we have far too little of.

When we recruit the right priests the eyes of the blind to God’s calling will be opened, the ears of the deaf cleared. In each healing of the deaf and mute, the deaf are always healed first. One must hear before he can speak. In the nativity, Zechariah does not believe so Gabriel makes him mute. He can’t hear the message so all he speaks comes out as gibberish. The lame, the outcast among us will listen to the voice of other outcasts when we recruit them. They can speak to the outcast in ways priests born and raised in established homes cannot. They can bring hope to the outcast, causing them to bloom in ways priests born into established homes cannot. They can relate to the hopelessness in ways priests who have never experienced hopelessness cannot.

Then it will be said of our Gospel reading, “He ordered them not to tell anyone. The more he ordered them not to, the more they proclaimed it. They were exceedingly astonished and they said, “He has done all things well. He makes the deaf hear and the mute speak.” We will have more ordinands than we have schools to hold them and teachers to teach them. Until then, we wait.